Only there half a day and we're already wiped out! This year looks to be even better than last year. I just got that vibe when we entered Javitz Center - there definitely seems to be genuine interest this year.

Hit a few of the main toy booths, primarily MPH and Toy Qube for a few signings (MAD, Tokidoki) and also got kidlew, kaNO, Andrew Bell, and Lou Pimentel to tag my sketchbook.

I also drew my first official tag in Saki-Waki's sketchbook. Quite a few people recognized my sketchbot character from this blog and my Flickr page, so that was a pleasant surprise.

The sketchbot swag we handed out is also receiving positive reactions. It's a pleasure to give something tangible to the fans. I'd like to invite everyone to check back often for progress on sketchbot's journey from initial design stage to a fully realized vinyl toy.

Jonlyn and I did catch one panel at the end of the evening - Chris Carter and Frank Spotnitz were on hand for an entertaining Q&A after premiering the new X-Files movie trailer! 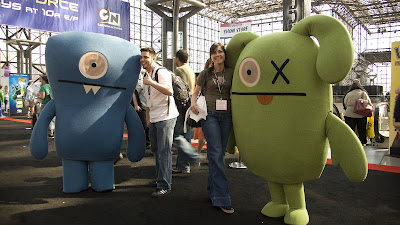 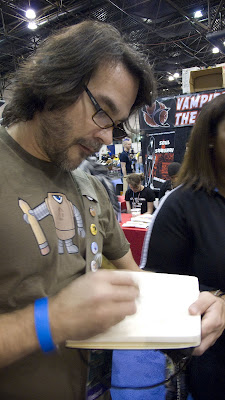 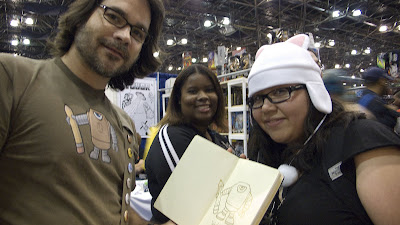 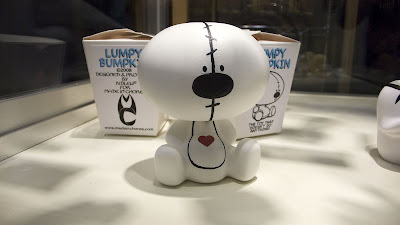 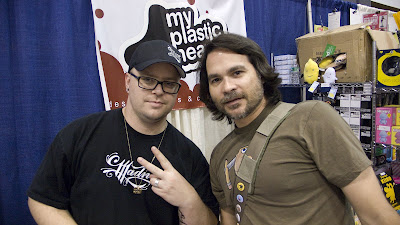 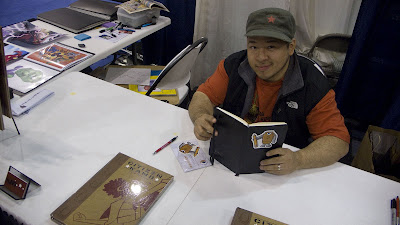 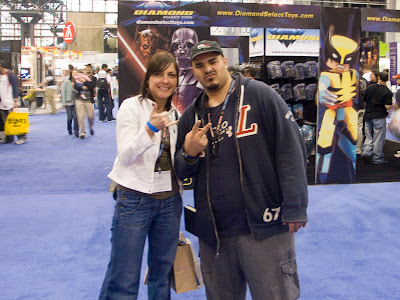 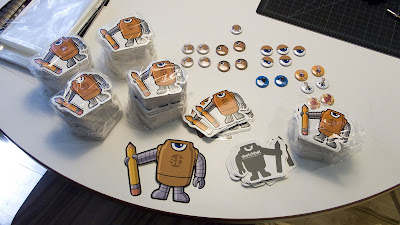 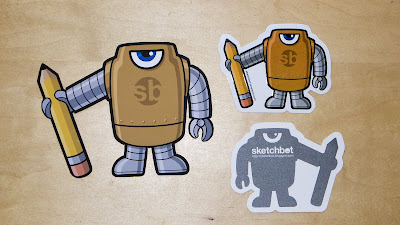 Sticky Ricks came through with a last-minute ONE WEEK TURNAROUND for me!  This is my first ever sticker run and I'm pretty happy with the outcome, with the exception that the yellow ochre of the character's body came out a bit orange-ish.  I'm still learning about how my CMYK designs on the computer translate via different printing methods.  I can live with this batch, as overall, the entire sticker just "pops."
Keep an eye out for all the Sketchbot swag as I roam the floor over the next three days at NY Comic Con!
Posted by Steve Talkowski at 12:55 PM No comments: 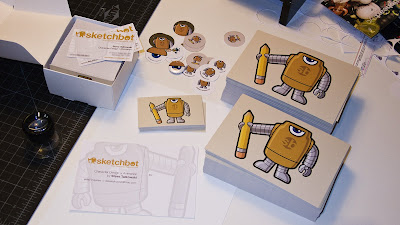 Received my cards yesterday from 4by6.com.  They turned out great, with the exception of two annoying white streaks on the back of the postcard.  As expected, they will be reprinting the entire run for me, however, I'll be stuck handing out the defective ones this weekend at NYCC. The stickers are sitting in a FedEx warehouse in NJ today and should arrive tomorrow!
Posted by Steve Talkowski at 10:58 AM 4 comments: