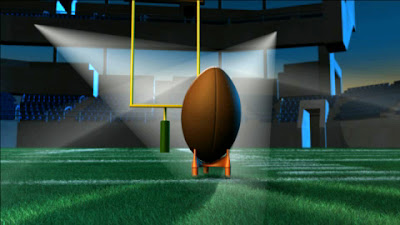 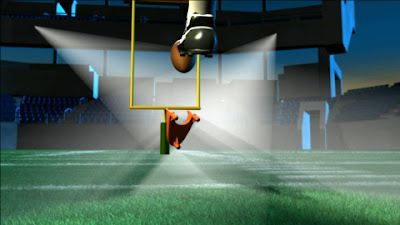 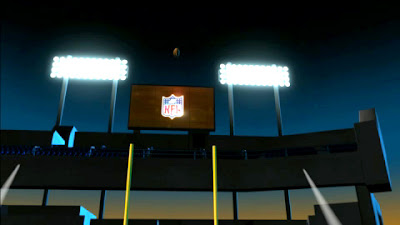 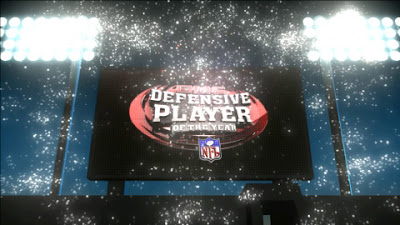 Posted by Steve Talkowski at 3:12 PM No comments:

Shout-out to Jack over at VinylPulse for the plug of my work on the Guavaroo character up at his site. 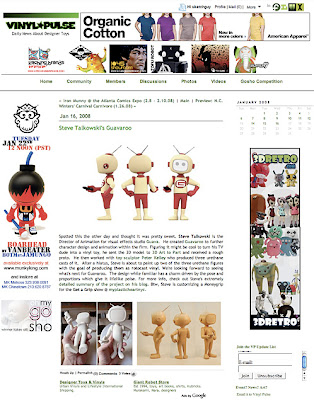 Check back next Friday, January 25th, for a full breakdown of my design process and alternate mockups of my custom Moneygrip entry. For now, here's a sneak peak! 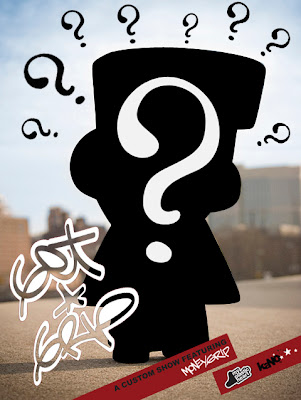 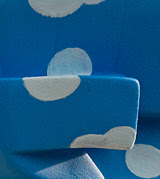 Posted by Steve Talkowski at 11:17 AM No comments:

Email ThisBlogThis!Share to TwitterShare to FacebookShare to Pinterest
Labels: MoneyGrip

I created the Guavaroo character back in 2006 as a means to promote character design and animation at the company i'm currently working at. We had t-shirts printed up (7 colours no less!) and I thought it would make a great vinyl character, so I began the steps to see this realized in a physical 3d form. 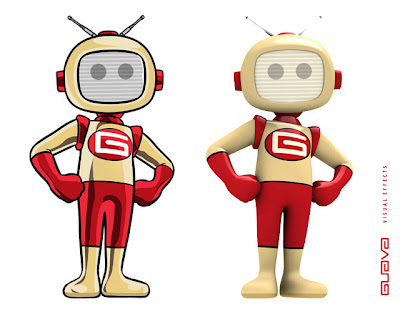 First, I built and rigged the character in Maya. I then sent an .obj file to 3d Art to Part and received a relatively inexpensive and nicely detailed - though rough - prototype. 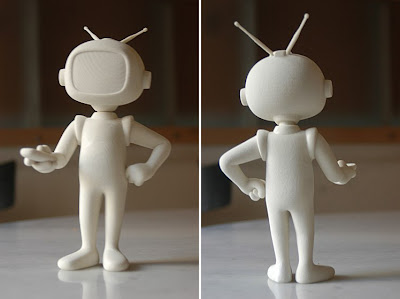 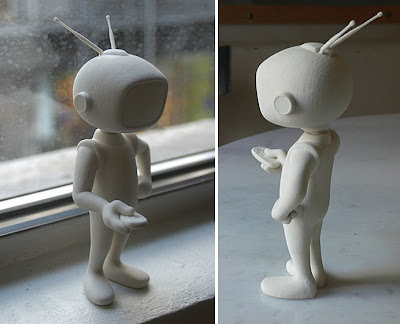 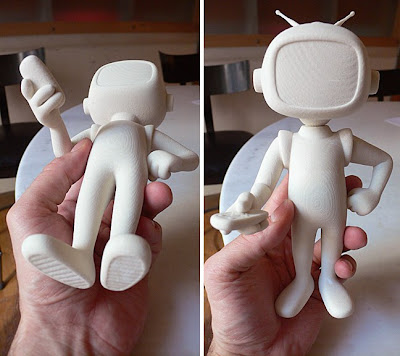 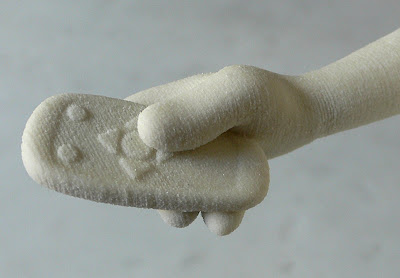 The prototype model then went thru another stage of refinement, with a new mold made, a wax version cast and then smoothed out by the talented toy sculptor Peter Kelley. A revised mold was created from this cleaned up sculpt (individual pieces now segmented with pin and registered plugs and sockets) and three versions cast in polyurethane. 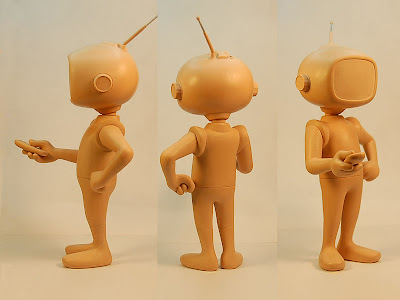 As evident in this 3d-render, the refined sculpt matches the CG geometry pretty closely. 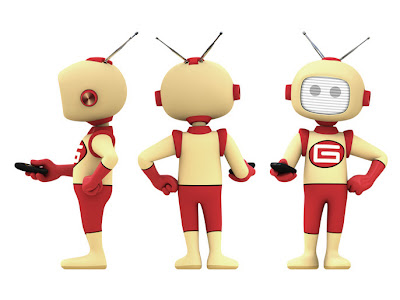 After this great amount of progress, the project hit the back burner and has been sitting in limbo for the past year 1/2. I'm now in the process of resurrecting it. I'll be painting up two of the copies (keeping one clean for future mold-making) and seeing if we can't move on to the next stage of getting these roto-cast in vinyl.
Posted by Steve Talkowski at 11:55 AM 3 comments:

Dropped off my Moneygrip entry on Saturday and picked up a bunch of nicely designed flyers to hand out!   The show is on Friday, January 25th from 6-9pm at My Plastic Heart.

Posted by Steve Talkowski at 10:57 AM No comments: