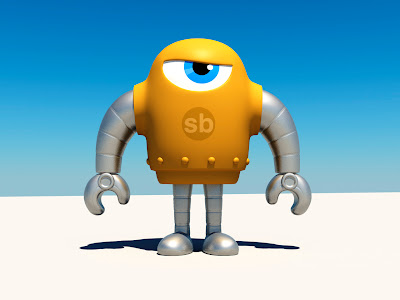 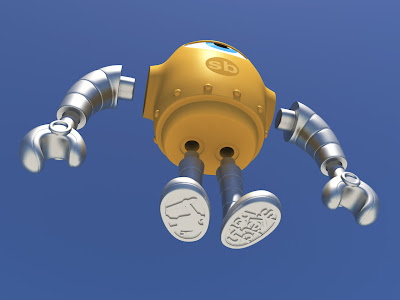 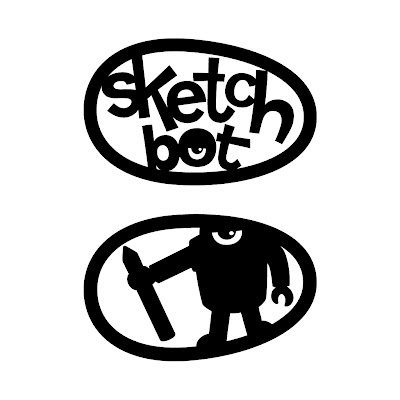 I've been getting some great feedback over on Flickr, and I agreed with the observation that his legs appeared a bit too thin. I also wasn't entirely happy with the flappy feet and felt they needed to be shorter and more round as exhibited in most of the recent sketches. I also paid considerable attention as to how the limbs would attach to the body, inserting a slightly recessed area on the body so the limbs would inset nicely into their slots while allowing full 360 degree rotation.

I think I also came up with a new logo for the toy line. ;)
Posted by Steve Talkowski at 11:45 PM No comments: 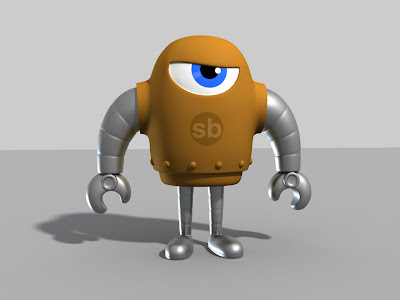 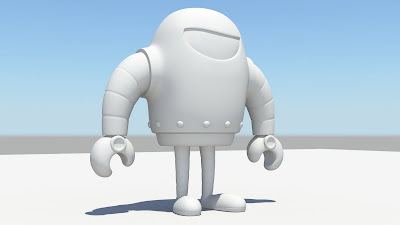 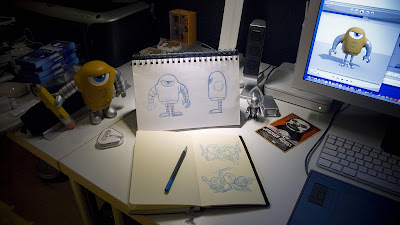 NYCC is 4 1/2 weeks away, and I'm feverishly putting the final touches on the revised Sketchbot. The plan is to do a relatively modest run of hand-casted resin figures exclusively for the show. This will also serve as a testbed for having a 3d printout created to use as a master to create a silicon mold from. I'm in the process of finalizing this geometry and will be choosing a 3d print bureau soon to upload the model to. I'll post photos from that result when I get the model, then document the molding and casting process once again. Stay tuned, it's gonna be a busy month!

Because I'm a HUGE fan and avid collector of all things Tetsujin-28/Gigantor, I just had to post these gorgeous images that Felix Ip, Creative Director of IMAGI Animation, recently shared on his blog.  I really hope this project becomes a reality! 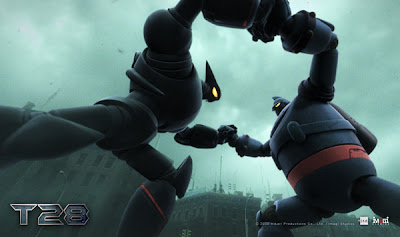 Posted by Steve Talkowski at 6:05 PM No comments: