"Turnip Takes a Stroll After Falling Off Truck" - Custom Munny 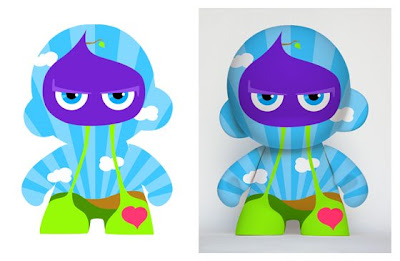 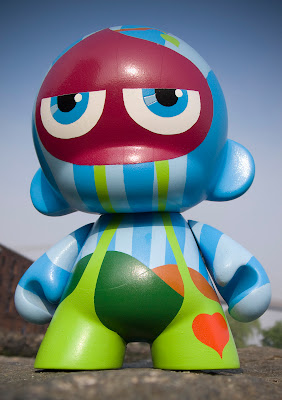 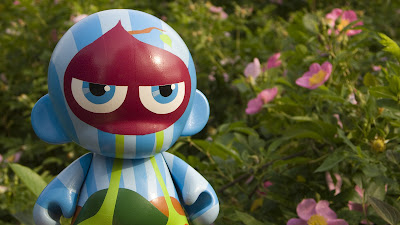 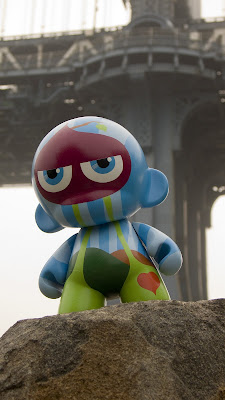 Here it is, my entry for tonight's Custom Munny Show at APW Gallery! Swing by if you're local to see plenty of custom goodness from a slew of participating artists.

One thing I learned from my third custom - if you live by the stencil, you die by the stencil. My designs are intentionally graphic by nature, so it's important that I get as clean a read on the toy as possible. I had planned on painting this one with acrylics but just could not get the fidelity and crispness that I wanted, so I switched gears and decided to try spray paint and masking. I'm happy for the most part, however, the overlapping layers became annoying. I was masked out and decided not to do the white clouds, partly due to the fact that the colours I could find for the sky and sky rays weren't as close in value and caused more contrast than the original design - so the clouds would have made it even more busy to read. I also toyed with the idea of a black outline to further delineate the character from the background. Perhaps I'll try this out on the next one.
Posted by Steve Talkowski at 11:23 AM 2 comments: 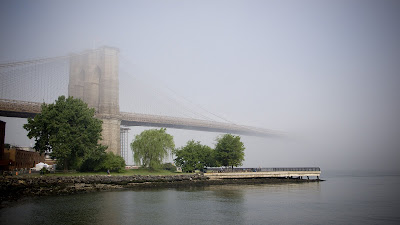 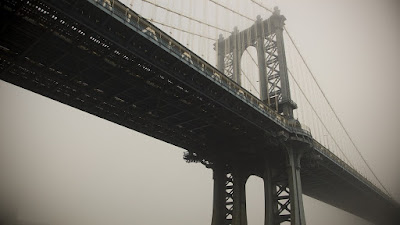 I was up at the crack of dawn this morning - ok, so it was more like 6:40am - to photograph the Munny out in my backyard (Brooklyn Bridge Park) and was floored by the amount of thick fog we got before our first heat-wave of the Summer kicks in. It's supposed to get up to the mid 90's today! Check out more of these in hi-res at this Flickr set.
Posted by Steve Talkowski at 10:38 AM 2 comments: 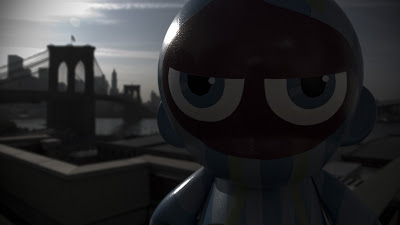 Another teaser before tomorrow's unveiling. What can it be?!
Posted by Steve Talkowski at 6:38 PM No comments: 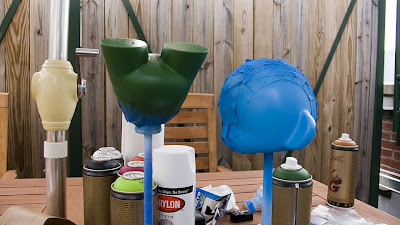 Just a small glimpse at the work-in-progress for this Saturday's Munny Contest at APW Gallery. I'll be posting a more thorough "making of" once the piece goes on display, so check back over the weekend for lots more masked off Munny goodness.
Posted by Steve Talkowski at 10:52 PM No comments: 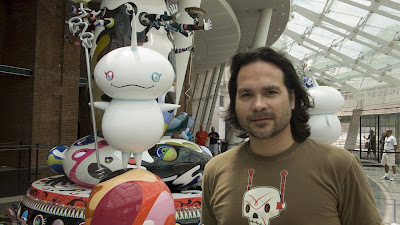 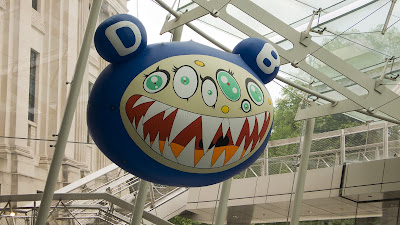 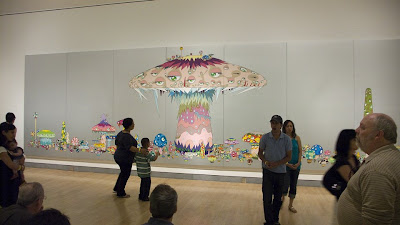 We finally got to see the incredible Takashi Murakami exhibit that's currently on display at the Brooklyn Museum. It's an impressive show, and the craftsmanship exhibited is stunning. Just don't expect to leave with anything reasonably priced. ($18.00 for a mouse pad? Yikes!) Definitely try to catch this one before it closes on July 13th.
Posted by Steve Talkowski at 7:42 PM No comments: