On Sunday, Kidlew and I hit Javitz Center for the 2008 NYC Toy Fair. This was my first time attending. Now, i've been going to Siggraph for 20 years and have been to NYCC once, however, this convention is HUGE. Easily occupied both levels of Javitz Center. 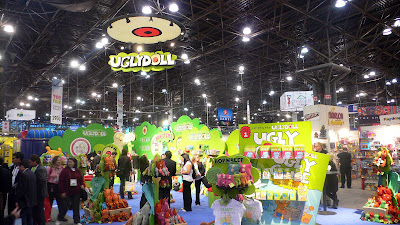 The Uglydoll booth was one of the most fun designs on the show floor. 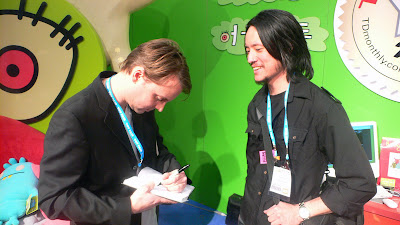 Kidlew looks on as David Horvath tags his sketchbook. Despite having major jet-lag, David was very generous chatting with us at length about his experiences in the toy industry. His main piece of advice - get insurance. If some kid chokes on a piece of your toy, the courts don't acknowledge anything "designer toy" and you could be sued and ruined. 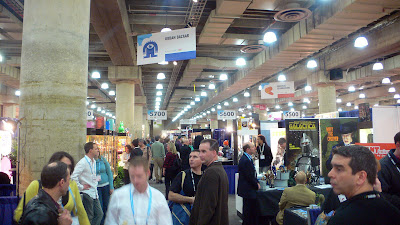 The "Urban Bazaar" downstairs was the place to check out some of the latest offerings in the vinyl world. It was here where I met Matt Doughty of Onell Design and William Vaughan of Tofu the Vegan Zombie fame. Both were great sources of information and really nice guys to talk with. 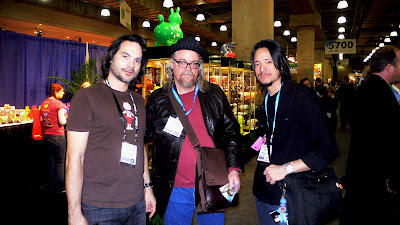 Near the end of the day we bumped into artist Ron English. Another really nice guy to talk with. I told him I got to see his triptych at the 'Beyond The Cel' show at the Mesa Arts Center over the holiday break, and he told me he and his family just returned from a trip there last week for the end of the exhibit and to be part of a small toy workshop.

Since I'm not really involved with the buying or licensing of toys, I pretty much stuck to the few booths that were of particular interest and gleaned some information into the workings of the toy industry. Got some great feedback on my character designs and will be seeing more of the vinyl manufacturers at New York Comic Con in April.

'Friends With You' at Yoyamart

This past Saturday, February 16th, Jonlyn and I accompanied Kidlew and Annie to Yoyamart for the Friends With You signing. Jonlyn got the last "The Boy" plushie just in time for Sam and Arturo to sign. 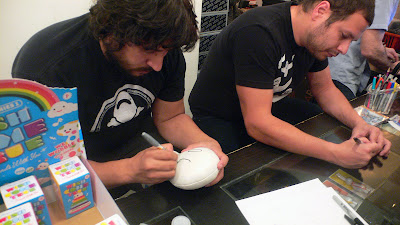 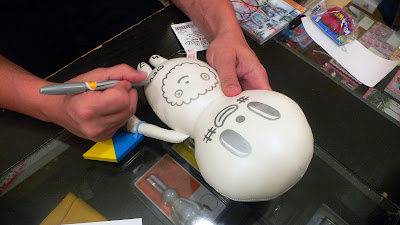 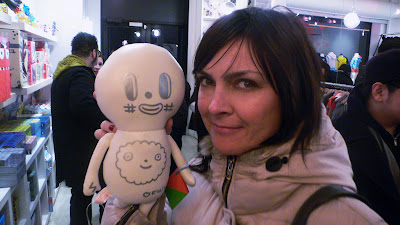 Posted by Steve Talkowski at 3:38 PM No comments: