Happy New Year Sketchbot followers!  It's been a very busy start for me, as I just completed a big freelance gig for Saatchi NY and am putting finishing touches on a few new pieces for various shows early in the year. 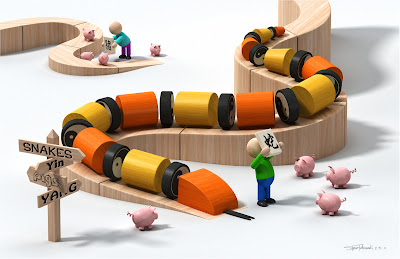 First up is New Moon, Interpretations of the Chinese Zodiac, opening tonight (2/11) at My Plastic Heart NYC. This is the third iteration of the zodiac-themed show, curated by John Wong. 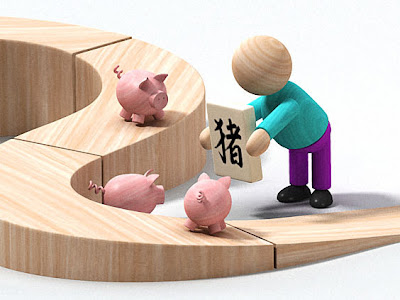 My concept took a few twists and turns before settling on an idea that was partly inspired by my 1-yr old daughter's wooden toy blocks. My birth year is 1965, so naturally I chose to do The Snake. Pigs are on the direct opposite on the zodiac scale, so I wanted to incorporate them into the composition. The humanoids were based on old sketches I did years ago while doing simple, volumetric character studies. 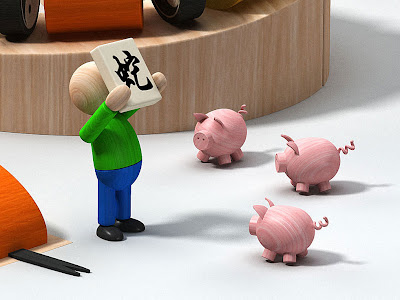 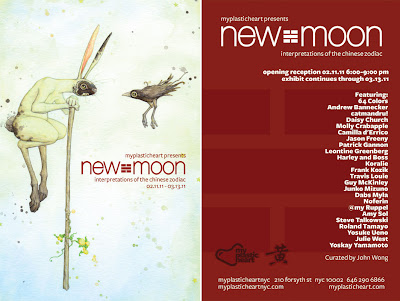