I just wrapped up a pretty cool project for the agency Creature based in Seattle. I was one of three artists chosen to interpret three winning drawings (out of 10,000) of rockets of the future from school kids around the country for the Mission: 10,000 Rockets project developed by Bing™

The entire progression can be viewed at this Flickr set. 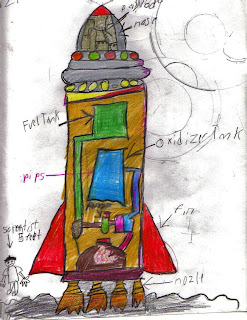 They had seen my Sketchbot 3d prototype and were interested in getting something created in a similar fashion. Of course, I was more than happy to get another chance to print out a 3d design, and jumped at the chance to participate.

The final model will be on display at the winning entrants school.  There will also be a book published in April that will contain every drawing submitted to the contest, along with the three final art pieces. 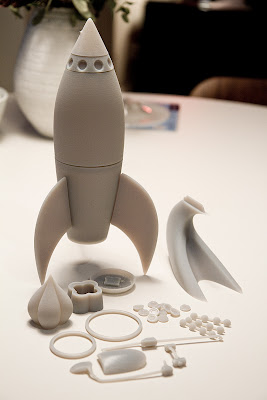 I'd like to thank Creature Art Director Eric Larkin and Project Manager Sarah Faulkner for making contact and including me in such a fun project. Also, HUGE thanks to Dave Gittleman and Michael Gulen for 3d output. 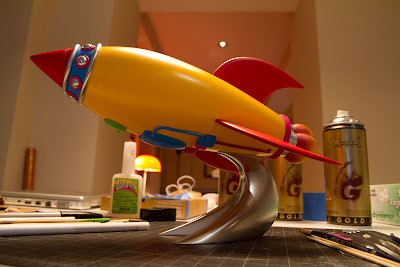