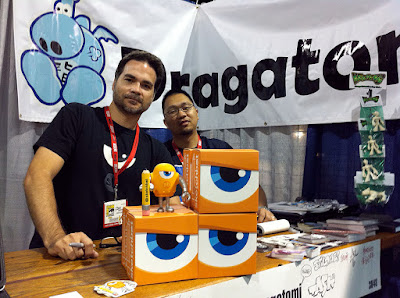 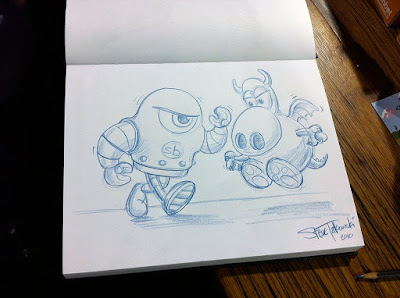 I know, it's already 2 weeks after San Diego Comic Con, but I didn't come straight home - I had a 5-day stopover in LA to attend Siggraph. Finally settled in back home and going thru a ton of shots from four days of Comic Con crazyiness. I had an absolute blast signing and drawing at Dragatomi's booth Thur-Sat. Huge thanks to Ray and Joanne for inviting me to be part of their first Comic Con experience as exhibitors. 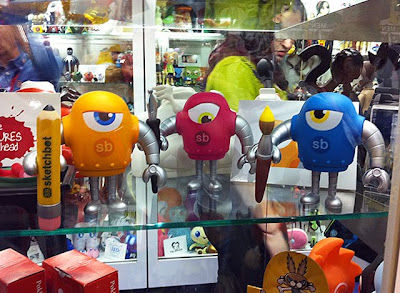 Special thanks to my distributer, DKE Toys, for getting Sketchbot some awesome exposure at their booth. We announced the next two colourways and the response is overwhelmingly positive.  The blue variant will drop at NYCC, so mark your calendars and come out to Javitz Center this Oct to score Sketchbot Variant 2! 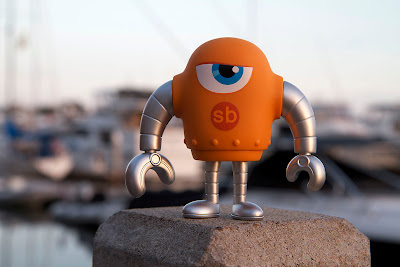 I've been going thru the multitude of photos I took over the course of 4 days and slowly getting them up on Flickr. The big draw for me this year was all the Tron Legacy stuff. I got in to the off-site Flynn's Arcade and checked out the awesome club-behind-the-arcade. Though I missed the Tron panel with cast and director, I DID get to see the Tron presentation at Siggraph a week later. I'm still pouring thru photos, so check back in a few days for more Comic Con coverage! 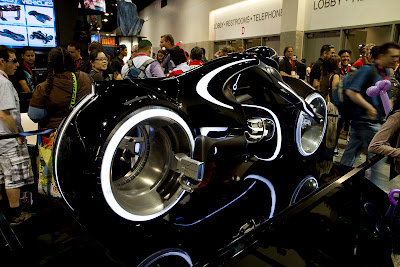 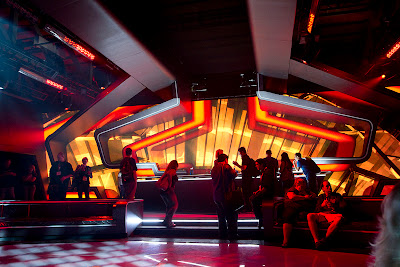 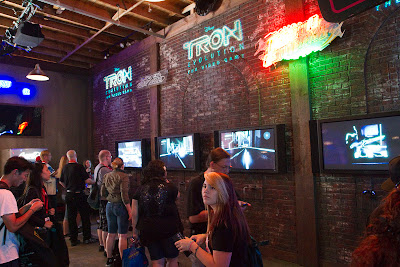 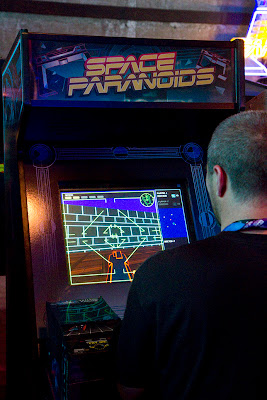 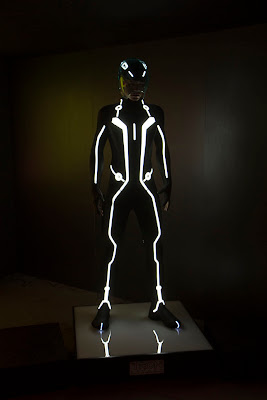